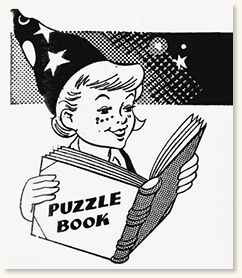 Willie Wizz is a young wizard who lived many years ago in Tumbletown. Willie sets up shop and puts up a notice: "W. Wizz, Esq. Magic While You Wait. Enquiries Within." Before long he is hired by Timothy Thomas, who wishes his small dog was big enough to pull his cart. Willie's magic works – but on all the dogs in Tumbletown, who become oversized. And when he tries to fix the problem, instead of the dogs shrinking back he manages to turn every citizen of Tumbletown into a giant. Willie's magic often worked too well, proving the old adage that you should be careful what you wish for.

After six months of causing chaos, Willie found himself a safer job conducting the puzzle page for readers of Harold Hare's Own Paper.