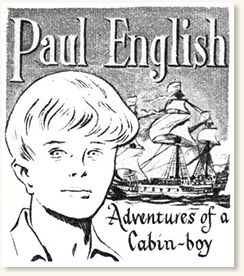 The historical adventures of a young lad who runs away to sea and stows away on a ship captained by Sir Walter Raleigh who eventually employs him as a cabin boy. The story then follows his adventures with Raleigh as the ship becomes embroiled in battles with the Spanish Armada.

A later adventure follows Paul and his friend Guy as they track down Sir William Maitland after he is kidnapped in South America.