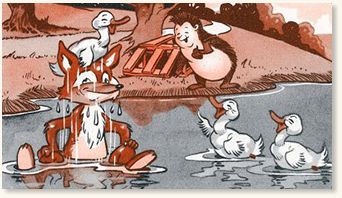 As well as being a regular in the adventures of his friend Harold Hare, Ferdy Fox has also starred in a number of his own tales. Ferdy is not the cunning creature of common wisdom – he's a warm-hearted soul for whom things often go wrong, a fate he accepts with stoic humour.