Changing the colours of the hydrangea

This edited article about the hydrangea originally appeared in Look and Learn issue number 170 published on 17 April 1965. 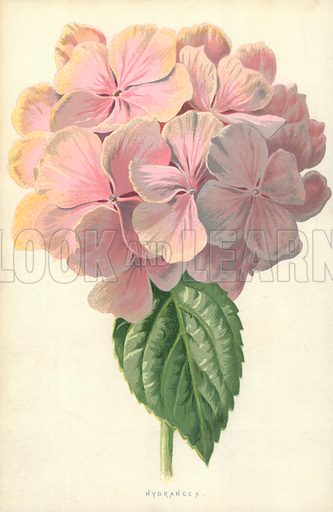 If you ever see a gardener potting a hydrangea plant like this one and mixing iron filings with the soil do not imagine that he is a victim of absent-mindedness!

The gardener will be well aware of what he is doing – because iron filings mixed with the potting soil of a red or pink hydrangea turns the flowers blue. It is a trick practised by gardeners on this attractive flowering shrub when they want to change their colour scheme.

After the iron filings are added the gardener waters the soil with alum at the rate of one teaspoonful dissolved in a gallon of rain water.

Actually, the iron filings method of turning pink hydrangeas blue has been superseded today by “blueing powders” which do the same job more efficiently when added to the soil.

Many different varieties of these small-petal plants were cultivated in China and Japan centuries before their introduction to Western gardens. European gardeners are particularly fond of the plant for their terrace tubs, and they make a splash of colour in a tub on the patio or veranda of a town flat.

Hydrangeas are grown by taking cuttings, inserted in potting soil between May and August. The pots should be kept in a propagating frame in a greenhouse or in a closed cold frame. On sunny days the cuttings should be shaded from bright sunlight.

When the cuttings are rooted they need some air, and soon the young plants will be ready for separate potting in compost. By autumn or early spring the plants will have grown to the point where they will again need re-potting.

Nearly all hydrangeas lose their leaves in winter and they need a certain amount of protection from severe weather. It is a good idea not to let them suffer a temperature below 45 degrees Fahrenheit.

In early springtime hydrangeas grow fast and this is the time when they enjoy a regular meal of weak liquid manure. With the proper treatment you can get a magnificent head of bloom in the plant’s first spring from cuttings rooted the previous May.

In summer the flower heads fade and as soon as this happens is the best time to prune the plants. In late summer and autumn the flower buds form at the ends of the shoots ready for the following spring, which is why it is important not to prune the plants after the summer is over. Many of them are quite hardy, and make large bushes outdoors.

Comments Off on Changing the colours of the hydrangea 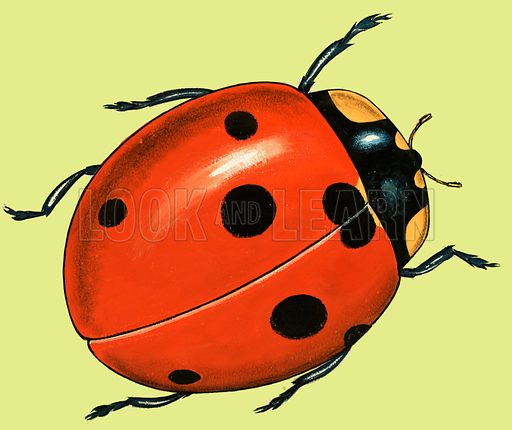 The colourful but poisonous ladybird is avoided by birds

Green, amber, red . . . we are all familiar with traffic lights, and understand that green is safe, amber a warning, and red emphatically means “Stop!” Traffic lights are a relatively recent invention, but warning colours are far from new, and have evolved over millions of years. In nature, vivid colours – particularly red – often warn of danger, and it can be as wise to stop well away from an animal or insect with bright warning colours as it is to obey the red traffic light.

In Britain there are few dangerous or poisonous creatures, but if you think carefully you might well recall some examples. The wasp’s bright yellow and black stripes warn of its nasty sting, just as the zig-zag pattern on the back of an adder hints at its venom. In contrast, the harmless grass snake is green. However, have you ever wondered why ladybirds are red and black, or why certain moths, such as the garden tiger and red underwing, have bright red underwings?

The answer, of course, is simple. Ladybirds are poisonous, and their colouring warns birds to leave them well alone. Starlings feed their young on insects, but in a study in Holland it was found that out of 16,484 insects taken to feed nestling starlings by their parents, only two were ladybirds, so their coloration really does protect them.

An interesting aspect of the ladybird’s defence is its ability to ooze blood from its leg joints when attacked. This is called reflex bleeding.

Ladybirds are not the only British beetles to display warning colours, for the cardinal beetle does so too. This crimson-red beetle receives its name from the similarity of its colouring to a cardinal’s robe; like the ladybird, it is also distasteful to birds.

Most moths, when at rest, have cryptic colouring which helps them merge with their background. However, certain species, when disturbed, suddenly reveal bright red underwings, which has the effect of alarming a predator.

This display is called flash coloration, and is often found among grasshoppers, cicadas, moths and butterflies. One of the best examples is the garden tiger, which is a common moth in Britain and often flies by day, even in bright sunshine. Glands in the tiger moth’s thorax secrete a poison, and birds soon learn to avoid this species. END_OF_DOCUMENT_TOKEN_TO_BE_REPLACED

Comments Off on Nature’s colour coding for poison