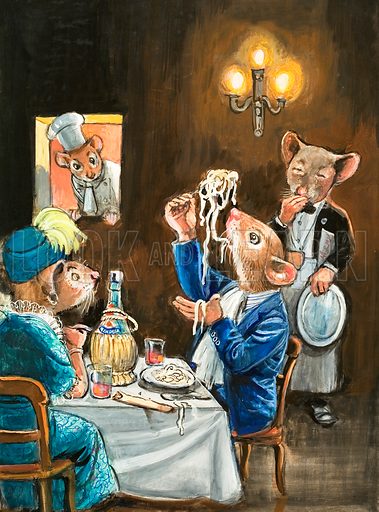 This is one of Philip Mendoza’s brilliant illustrations for the Town and Country Mouse series that appeared in Once Upon a Time. The original artwork, from which the picture is reproduced, is substantially larger than the picture in the magazine.

Comments Off on Eating spaghetti

Destruction of Sodom and Gomorrah 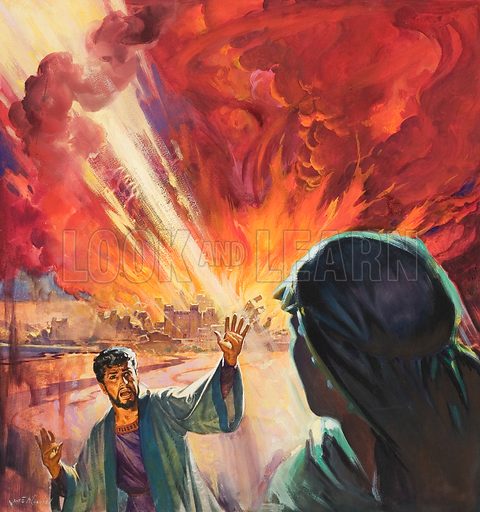 This is one of the fabulous illustrations that appeared in The Bible Story, a short-lived companion publication to Look and Learn. The artist is James E McConnell and the picture is reproduced from the original artwork.

Comments Off on Destruction of Sodom and Gomorrah 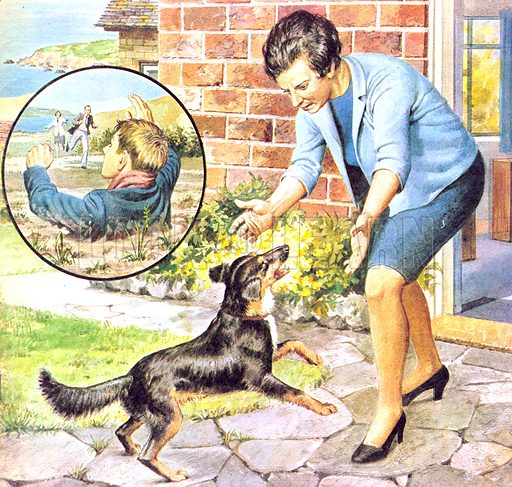 Wendy was just twelve months old when the R.S.P.C.A. found her a good home with the Bolding family of Weymouth, Dorset. She was a friendly little dog, but extremely nervous. Nine-year-old Nigel Bolding took her for walks, so that she would get to know her new surroundings and become used to the busy roads and traffic.

One day, in February 1966, Nigel and Wendy were exploring the heathland at Bowleaze Cove when Nigel slipped down a steep bank and fell into a quagmire at the bottom. Wendy was panic-stricken and barked with fear as the treacherous mud slowly sucked poor Nigel down. Soon only his head and shoulders could be seen …

END_OF_DOCUMENT_TOKEN_TO_BE_REPLACED

What’s wrong with this picture? 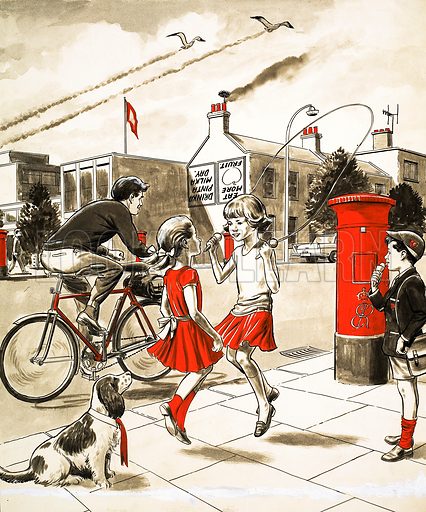 Exercise your brain with this puzzle from 1965, here reproduced from the original artwork. 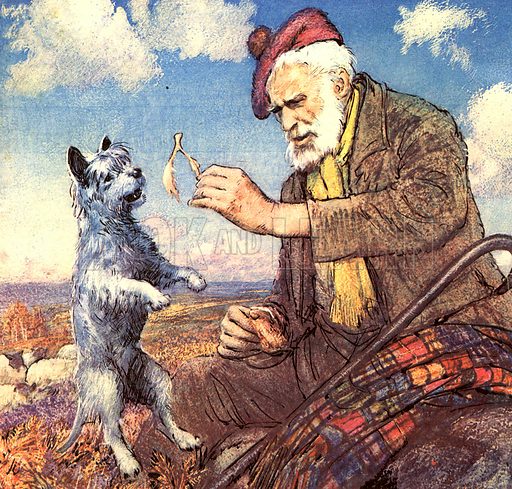 Greyfriars Bobby was a Skye terrier. His coat was slate-grey and silver and he had the hardiness acquired by those of his breed who, like himself, were born on the heather-clad Scottish hills.

Bobby had devotedly attached himself to Auld Jock, a shepherd, a man about whom nothing was known, except his fondness for Bobby. The two of them came into Edinburgh one market day in the year 1858, and never returned to the hills, for Auld Jock fell ill and died in the city. Such was Bobby’s devotion to the old man that he refused to leave him even after the funeral. For the next fourteen years Bobby slept on Auld Jock’s grave almost every night, and nothing could persuade him to leave. His lonely vigil became known throughout Scotland, and even Queen Victoria, when at Balmoral, asked for news of the brave little Skye terrier. He was made a Freeman of the City of Edinburgh and was given a collar with a small metal plate inscribed: Greyfriars Bobby. From the Lord Provost, 1867. Licensed.

END_OF_DOCUMENT_TOKEN_TO_BE_REPLACED

Comments Off on Animal heroes: Greyfriars Bobby and Old Jock 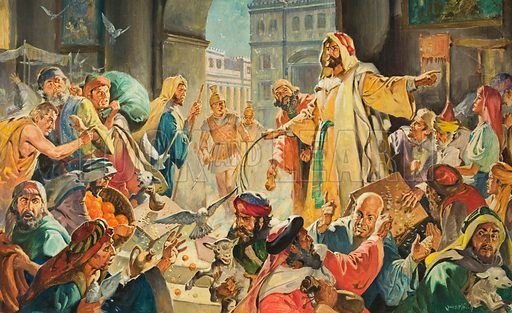 This is one of the fabulous illustrations that appeared in The Bible Story, a short-lived companion publication to Look and Learn. The artist is James E McConnell.

Comments Off on Christ removing the money lenders 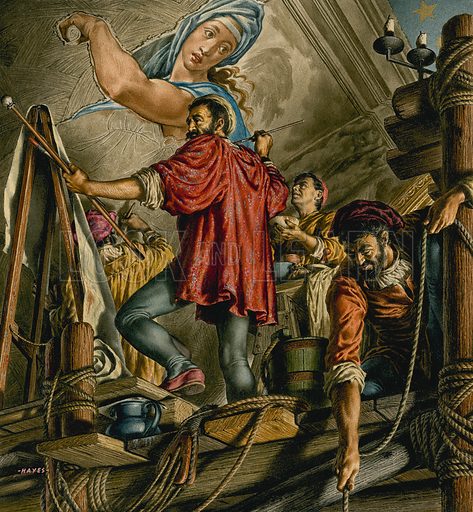 This is one of the fabulous illustrations that appeared in The Bible Story, a short-lived companion publication to Look and Learn. The artist is Jack Hayes, well-known as the illustrator of an Oxford University Press children’s Bible from the 1960s.

Comments Off on Michaelangelo painting the Sistine Chapel 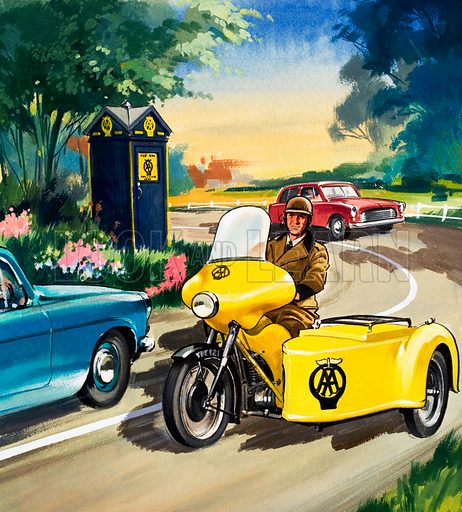 This is from the series ‘People You See’ which appeared in Teddy Bear magazine in the early 1960s.

Comments Off on AA Patrol Man

Fishing under a full moon 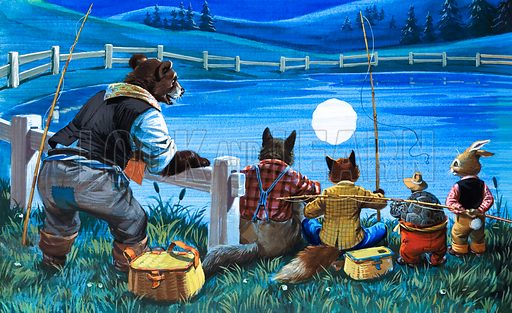 This is one of the wonderful Brer Rabbit illustrations from Once Upon a Time, here painted by Virginio Livraghi.

Comments Off on Fishing under a full moon 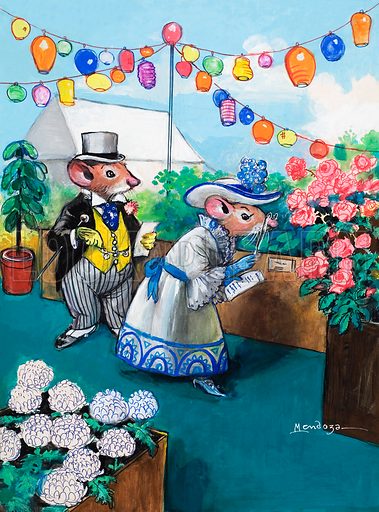 Appropriate to the week of the Chelsea Flower Show, here is a wonderful picture by Philip Mendoza that originally appeared in Once Upon a Time magazine.

Comments Off on Flower show