The best pictures from ‘The Graphic’, 33

We have selected three of the best pictures from ‘The Graphic’, a nineteenth-century illustrated newspaper and rich source of remarkable engravings.
The first picture shows he first match of the British Ladies’ Football Club.

The Opening of the Royal Academy – the selecting committee at work

High-resolution scans of all the illustrations from ‘The Graphic’ (London 1870-1902) can be found in the Look and Learn picture library.

Comments Off on The best pictures from ‘The Graphic’, 33

George III granted the Charter for a Royal Academy of Arts

This edited article about the Royal Academy of Arts originally appeared in Look and Learn issue number 224 published on 30 April 1966. 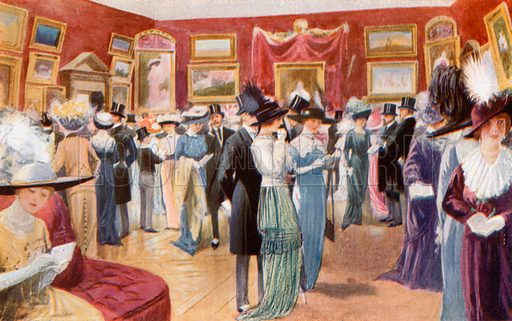 On April 26, 1769, scores of ladies and gentlemen of fashion crowded into a small room in Pall Mall, London. They were there to see the first exhibition of painting and sculpture to be held by the Royal Academy of Arts.

It all began on December 10, 1768, when King George III granted a charter establishing a society for promoting the Arts of Design and authorizing an annual exhibition of works by contemporary artists. It was decreed that there should be forty members called “Academicians,” and the king appointed Sir Joshua Reynolds as the Academy’s first president. Ever since then the reigning sovereign has had the right of approving the president, who is elected by his fellow Academicians.

Over ten thousand works of art are sent to the Academy each year. From these a body of Academicians called the “selection and hanging committee” choose about 1,500 entries to form the Summer Exhibition, which, since the end of the eighteenth century, has been held from the first Monday in May until after August Bank Holiday.

Every artist elected a member of the Royal Academy is presented with a diploma and has the right to put R.A. after his name. Before receiving the diploma the new Academician must present to the Academy a specimen of his or her art. In this way a valuable collection has been built up for exhibition in the Academy’s Diploma Gallery.

The Academy moved into its present home in Burlington House in 1869. Besides holding exhibitions, the Royal Academy maintains a school of art.

In celebration of Her Majesty the Queen’s 85th birthday on 21 April 2011, Look and Learn held an international children’s competition to paint her portrait.

We recently announced the winners.

You can also see all 15,000 entries which are today being sent to The Queen on a digital photo frame (see press notice).

The competition was kindly sponsored by Bridgeman Education.

In celebration of Her Majesty the Queen’s forthcoming 85th birthday, Look and Learn recently held an international children’s competition to paint her portrait.

For further information, please visit the Look and Learn children’s art gallery where you can see the almost 15,000 entries that we received.

The results of the competition will be published on Friday 15 April 2011.

The competition was kindly sponsored by Bridgeman Education. 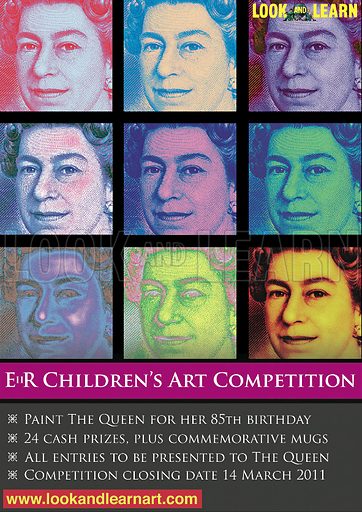 In celebration of Her Majesty the Queen’s forthcoming 85th birthday, Look and Learn recently held an international children’s competition to paint her portrait.

For further information about the competition you will need to visit the Look and Learn children’s art gallery where you can also see the almost 15,000 entries that we received.

To celebrate the launch of our £2 image educational licensing initiative, we are running a competition to identity the artist of the painting below. The prize for the first person to identify the artist is £100. The closing date is 31 December 2010. In the event that no one is able to provide a credible identification with supporting evidence, the prize will go to the person who has most advanced the state of knowledge regarding the painting. In awarding the prize, the decision of Look and Learn will be final. 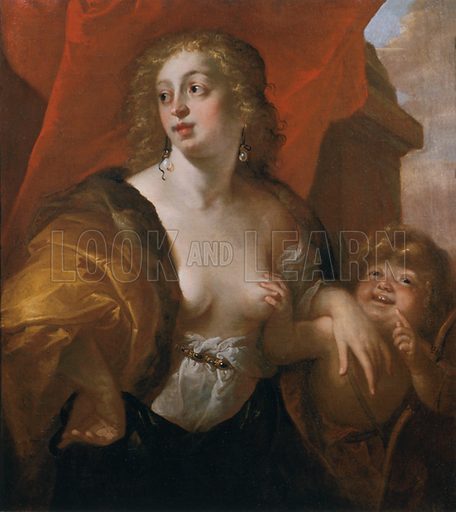 The subject of the painting is Venus and Cupid – on that most experts agree. The problem is: who is the artist? The National Gallery told us they thought it was possibly associated with paintings by Lely at the court of king Charles II and referred us to the National Portrait Gallery. The National Portrait Gallery told us that the painting was certainly not by Lely and unlikely to have been painted in England and, suggesting that the painting was likely to be from the Low Countries, referred us to the RKD (the Netherlands Institute for Art History). The experts at the RKD did not think the painting was done in the Low Countries and, instead, suggested that it might be from France. The experts on French painting whom we have consulted have told us that it was unlikely to be French. One suggested it could be Italian.  Most of those who have seen the painting think it is mid 17th century. However, the V&A has pointed out that the use of black silk in earrings was an early rather than mid 17th century fashion.

Other more certain facts about the painting are as follows:

A number of experts have commented how odd it is that a painting of such obvious quality should so stubbornly resist attribution.

But perhaps a more expert expert is reading this and will be able to claim his/her £100.

Posted in Art competition on Saturday, 8 May 2010 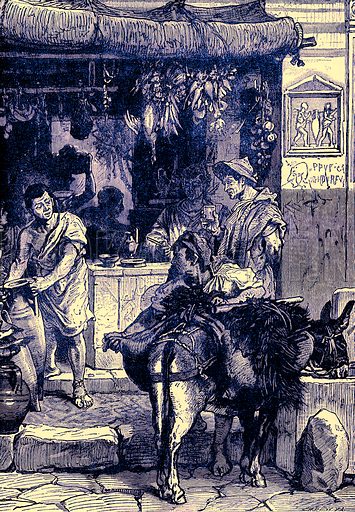 The theme of May’s children’s art contest is “Graffiti”.  The closing date for entries is 7 June 2010.

Graffiti hardly features in the Look and Learn picture library.  Here, however, is a an illustration of a Street Scene in Pompeii which shows some ancient graffiti.  We are sure modern children will be able to do much better.

To see entries to the competition so far, click here.

Comments Off on Graffiti

Mobile phone of the future

The theme of April’s kids art competition is “Mobile phone of the future”. The closing date for entries is 7 May 2010.

Comments Off on Mobile phone of the future 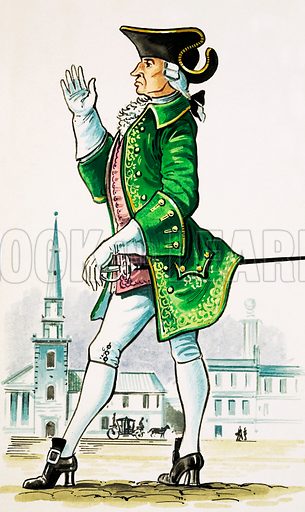 The theme of March’s kids art competition is “Fashion design”. The closing date for entries is 7 April 2010. 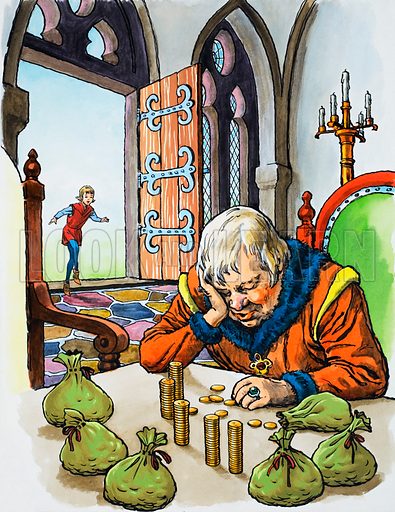 The theme of February’s kids art competition is “Me asleep”. The closing date for entries is 7 March 2010.

Comments Off on Me asleep