The best pictures from ‘The Illustrated Times’, 40

We have selected three of the best pictures from ‘The Illustrated Times’, a nineteenth-century illustrated newspaper and rich source of remarkable engravings.
The first picture shows the arrival of Her Majesty at Stoneleigh Abbey. 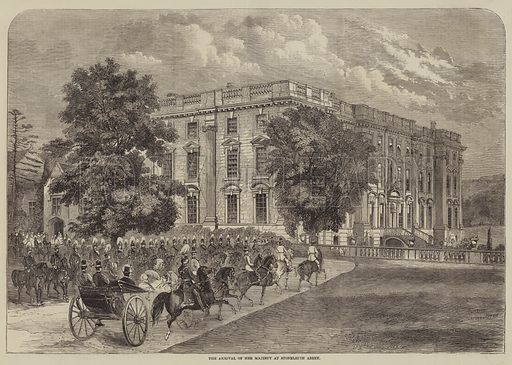 The Arrival of Her Majesty at Stoneleigh Abbey

The second picture shows the dungeon of Marie Antoinette.

The Civil War in America, the Camp of the New York 7th Regiment on Georgetown Heights, Washington by A R Ward

High-resolution scans of all the illustrations from ‘The Illustrated Times’ (London 1855-1866) can be found in the Look and Learn picture library.