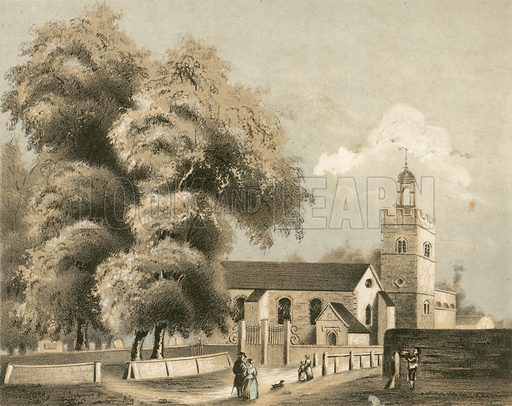 St Giles’ in Camberwell was an Anglican church in the Diocese of Southwark. A place of worship had existed on the site since Anglo-Saxon times, and the Saxon building survived for several centuries until its condition deteriorated beyond sensible repair. The Earl of Gloucester, Lord of the Manor, built a new stone church and this building served a growing population. Its typical eighteenth-century interior included a nave packed tightly with wooden box pews, and it was these which caught light when a faulty heating system sparked a fire there in 1841. The conflagration was so intense that all the stained glass windows melted and the stone was reduced to ash. The contract to build a replacement church was open to competition, and the winning architect was Sir George Gilbert Scott; the new church of St Giles was his first major Gothic building.

Many more pictures relating to Camberwell can be found at the Look and Learn picture library.