Enrico De Seta was an Italian artist who began his artistic career as a cartoonist before turning to creating film posters after the Second World War. 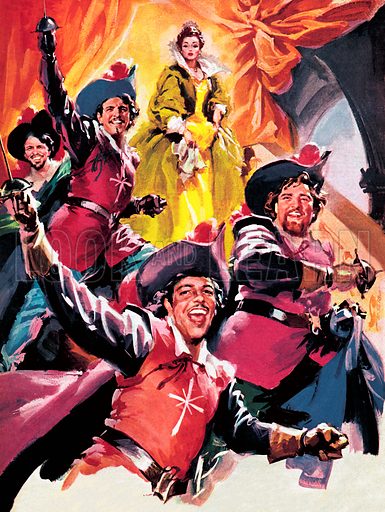 The Three Musketeers, as imagined by Enrico De Seta

De Seta was born in Catania, Sicily, on 17 February 1908, but was raised in Rome from the age of three. De Seta began drawing professionally at the age of 15 for Serenissimo, an Italian paper inspired by the German magazine Simplicissimus. He co-founded the satirical weekly Il Cerino [The Match] with Ennio Flaiano, later a leading novelist, playwright and screenwriter, best known for his work with Federico Fellini.

De Seta worked on dozens of papers during his early career, including the anti-Fascist Sancio Pancia [Sancho Panza], Gente nostra [Our People] and Il tifone [Typhoon]. He also worked on Il Travaso [The Transfer], which, in the 1920s, became more explicitly fascist in its outlook following the rise of  Mussolini.

Between 1933 and 1941, De Seta worked regularly for Il Giornale dei Balilla (later Il Balilla), a fascist newspaper where he produced numerous strips, including ‘Peperino’, ‘La Famiglia Piroletto’, ‘Gaetano’, ‘Gianlupetto’, ‘Capitan Pappafico’ and ‘Re Giorgetto d’Inghilterra’, the latter a satirical swipe against Britain’s King George VI which co-starred an ill-treated Churchill (Ciurcillone), who earned enough sympathy from its readers that the paper was closed.

In 1935-36, De Seta was responsible for a series of cartoons published by Edizioni d’Arte Boeri as postcards depicting natives of Ethiopia in racist and stereotypical terms at the time of Mussolini’s expansion of Italian colonies in East Africa.

De Seta continued to work elsewhere in Italian papers, including the strip ‘Fratelli Ravanello’ in Il Corrier dei Piccoli (1936-37). In 1936, De Seta co-created the weekly paper Argentovivo!, which ran for 55 issues in 1936-37 and featured many of his own creations, including ‘Tamarindo IV’, ‘Bernabeo Saltaleone’, ‘Capitano Rosmarino’, ‘L’incubo della valle viola’ [The Nightmare of the Valley] and ‘Fratelli Maccheron’.

Following its demise, De Seta began drawing for the humour magazine Marc’Aurelio, where he created one of his most popular strips, ‘Mago Bacù’ [Bacu the Magician] in 1938.

During the Second World War, De Seta continued to draw, his work appearing in Gli Albi di Pulcinella (1942), Grandi Avventure (I cacciatori dell’impossibile [Hunters of the Impossible], 1943-44), Corosello (1943-45) and Pettirosso (the supplement of Avanti). Following the Allied liberation of Rome in June 1944, De Seta and Federico Fellini set up the Funny Face Shop, an enterprising effort to survive the post-war recession by drawing caricatures of American soldiers.

In 1947, De Seta co-founded Belzebu! with writer Vittorio Metz (later to become better known as a screenwriter and director), as well as drawing for La Sigaretta [The Cigarette] (1947) and Girontondo (1950). 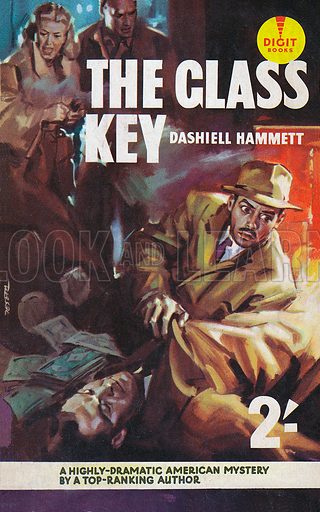 De Seta thereafter gave up cartoon work in order to concentrate on a far more lucrative career as a film poster designer. He had previously designed a poster for La grande illusione (1937), but, from 1950, created some 1,500 posters, all now keenly collected.

His work appeared briefly in the UK, the agencies Cosmopolitan and Time Press supplying some 31 covers to the Sexton Blake Library, many of them recycling images from De Seta’s film posters. His work also appeared on issues of Famous Romance Library, Thriller Picture Library, Confessions Library, True Life Library and Love Story Picture Library in 1956-61 and on paperback books.

Many more pictures by Enrico De Seta can be found at the Look and Learn picture library.