The best pictures of Xerxes, King of the Persians

The best pictures of Xerxes show the mighty King of the Persians in typical regal pose and engaged in his war with the Greeks. The first picture of Xerxes depicts an implacable ruler enthroned in gilded splendour with mounted soldiers in the background. 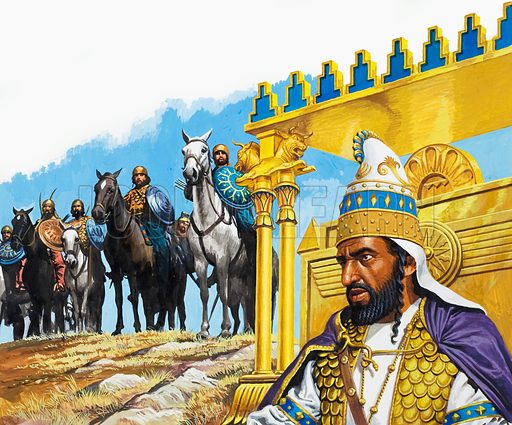 Xerxes, King of the Persians, by Roger Payne

The second picture of Xerxes shows the shrewd monarch making a pact with the rulers of Thebes. 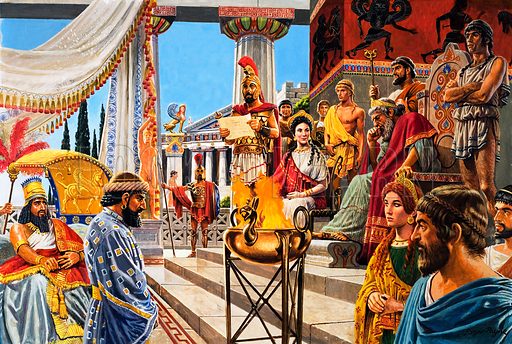 King Xerxes makes a pact with the Thebans to their eternal shame, by Roger Payne

The third picture shows the great Xerxes watching the Battle of Salamis, which the outnumbered Greeks won to his horror and dismay. 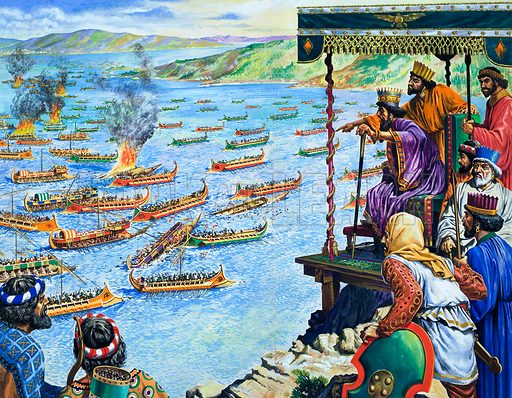 Xerxes watches the Persian defeat at the Battle of Salamis

Many more pictures relating to Xerxes and the Persians can be found at the Look and Learn picture library.