T. Heath Robinson was born in Islington, North London, on 19 June 1869, the son of artist and journalist Thomas Robinson and his wife Eliza A. Robinson (née Heath). Thomas was the eldest of six children which included artists Charles and William Heath Robinson, the book illustrator and creator of fantastic machinery. 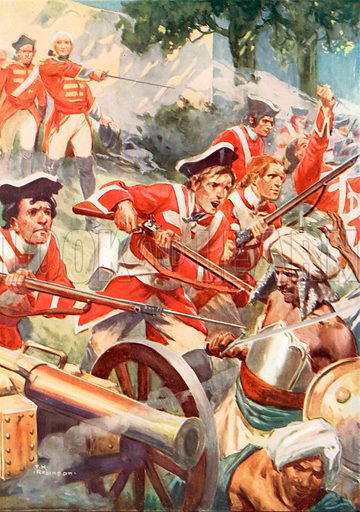 Young Thomas attended schools in Islington, and studied at Islington School of Art, before becoming an assistant to his father. His first artistic commission was an illustration for the Pall Mall Gazette in 1893, and his first book illustrations were 14 full-page drawings and 20 headpieces for Old World Japan by F. Rinder for George Allen (1895). He went on to illustrate many more books for Allen, Nisbit, Dent, Sands and others as well as illustrations to magazines, including Cassell’s Family Magazine, The Idler, Pall Mall Magazine and the Strand.

An all-round artist, he worked in pen, colour, oils and etchings, but never had the flair for the creation of the fantastic or the talent for decoration and design of his brothers.

He married Edith Emma Barnett in 1901, he lived in Hampstead and had four daughters. In 1906 the family moved to Pinner, Middlesex, where they lived with his brother William and family, but during the Great War, demand for Thomas’ work seemed to dry up, and in 1920 the family moved into lodgings and then into a council house.

Although he continued to produce illustrations for books – for Collins, Cassell, Hutchinsons and Warne – much of his later work was for children’s annuals. In 1926 he moved back to Pinner where he lived until the death of his wife in 1940. He subsequently moved to St. Ives, Cornwall, where he lived until his death in February 1954, aged 84.

Many more pictures by T. Heath Robinson can be found at the Look and Learn picture library.