Born in Hanley, Staffordshire, Charles Dudley Tennant was the son of Alfred Tennant (an attorney at law) and Sarah Frances (nee Cardwell). He was Christened at Northwood, Staffordshire, on 10 January 1867. His father died in 1880 and he was later raised in Everton, Lancashire, by his widowed mother, with whom he was still living in the early 1890s, already working as an artist and landscape painter. Later in that decade he moved to London. 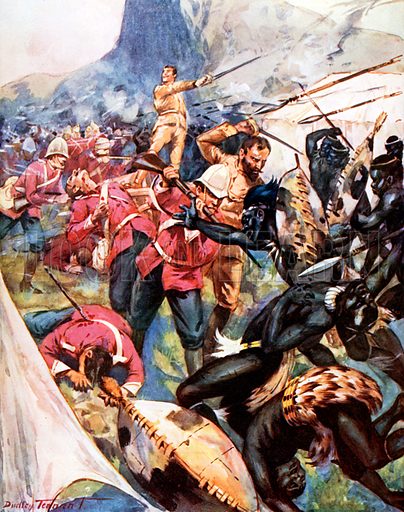 Illustration by C. Dudley Tennant for the ballad ‘The Saving of the Colours’, set during the Zulu War

Tennant became a regular illustrator for magazines, including The Girls’ Friend, The Girls’ Realm, The Graphic, The Idler, Penny Pictorial Magazine, The Royal Magazine and The Windsor Magazine. He was also a book illustrator in colour, halftone and black and white.

Many more pictures by C. Dudley Tennant can be found at the Look and Learn picture library.